All Collections
Getting Started
Unmoderated research
How to conduct a SelfTest

How to conduct a SelfTest

Written by Henrik Mattsson
Updated over a week ago

A SelfTest is an unmoderated test that the participant carries out at a time of their choice.

You can invite participants to carry out a SelfTest at their convenience by sending them the SelfTest Participant Link.

Create a SelfTest Round within a Project 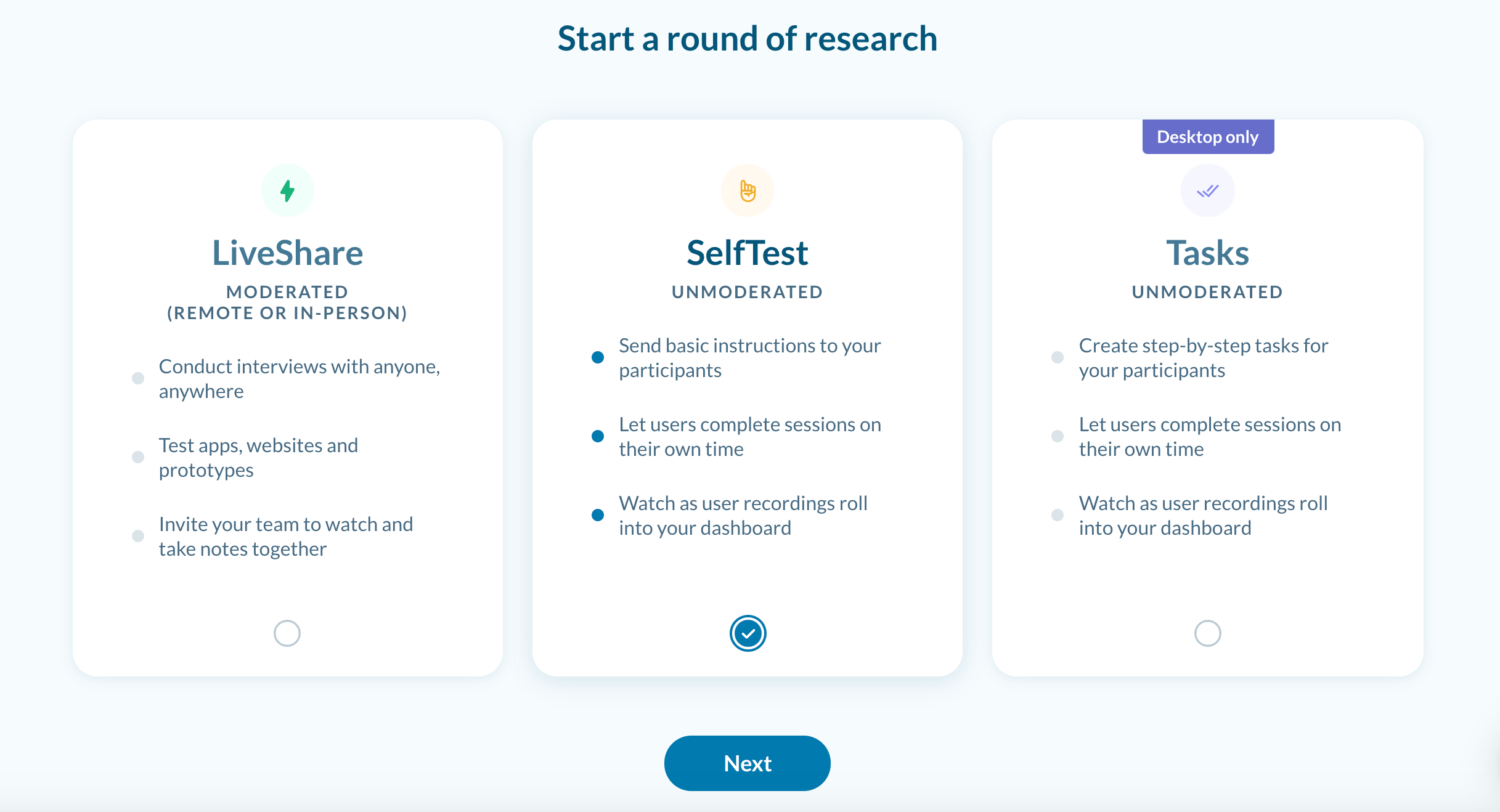 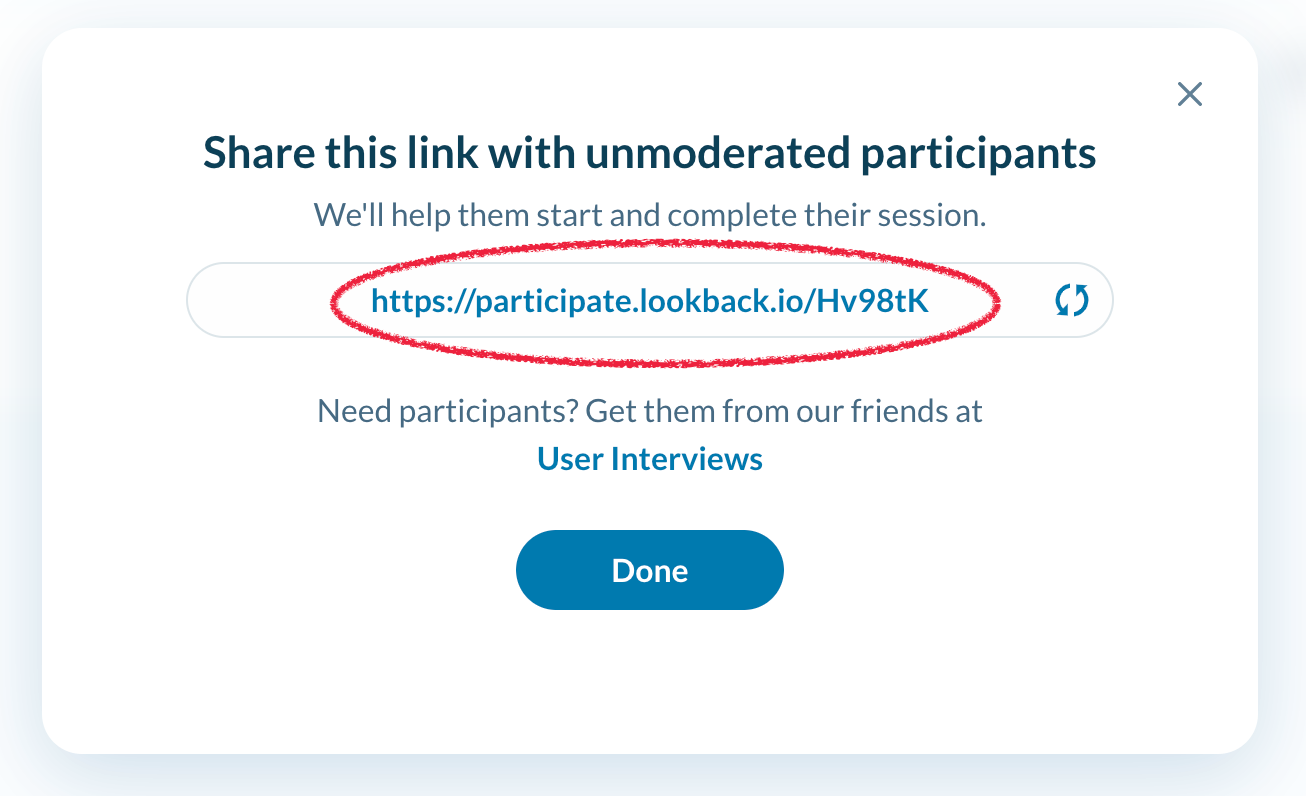 On the Participant's Side

When a participant clicks on the SelfTest Participant Link, they will be prompted to download the Lookback Participate App or Chrome extension.

After the app/extension is installed, when the participant clicks the link again, they will be taken through quick setup steps on the app/extension to grant permission to record their screen, camera and audio and start testing.

Did this answer your question?